making sailing affordable and available to the youth of Hampton Roads

Our top priority, as always, is safety and we are doing everything we can to protect our sailors, their families and our many volunteers. Like many other organizations, Youth Sailing Virginia continues to monitor the COVID-19 pandemic and the provisions in the Governor of Virginia’s Executive Orders. Due to the closure of high schools in the early spring, we suspended our Spring High School Racing season in March to help eliminate the spread of the coronavirus.

As we move into the summer, we are closely following COVID-19 Safe Sailing practices prescribed by the CDC, OSHA and US Sailing to provide opportunities for area youth. We are working diligently to design programs with four goals in mind.

Registration is now open for beginners and intermediate Learn to Sail classes beginning on June 29th. Click here for more information and to register.

This month we also launched a Family Learn to Sail program. This program offers semi-private lessons designed to provide an adult and family member with an introduction to sailing our FJ’s. This is a precursor to a broader adult sailing and membership program that we plan to launch once the COVID-19 restrictions are lifted. For more information, please email us. 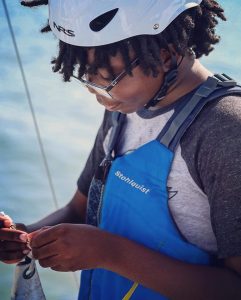 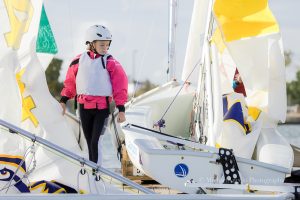 Youth Sailing Virginia, Inc. is a 501(c)3 non-profit organization; we currently offer a practice and regatta venue for area high school sailing teams from our location at historic Fort Monroe in Hampton, VA. With the support of the City of Hampton, a pier was built on Mill Creek for community access, with Youth Sailing Virginia at the heart of the boating center. Our plan is to expand by offering learn-to-sail programs in conjunction with the Peninsula YMCA and Hampton Parks and Recreation.

During the fall of 2013, board member Gary Bodie presented his dream of a new youth sailing facility at Fort Monroe to a group that included coaches, parents, and other members of the local sailing community. Following this meeting the discussions continued and the dream became a reality with the support of sailors and community business leaders alike. Board Member, Kevin Eley was recruited to head up the organization that became known as Youth Sailing Virginia, Inc. (YSV). With the support of Glen Oder, Executive Director of the Fort Monroe Authority, YSV moved forward to create a practice site. With repaired floating docks anchored in Mill Creek, and seven old FJs, Coach Allen Kilgore’s Kecoughtan and Phoebus High Schools teams began sailing in Mill Creek in March of 2014.

In May of 2014 the opportunity to purchase 18 gently used Flying Juniors from Dartmouth College provided YSV with the matched fleet necessary to host regattas. In August, volunteers began rebuilding a larger float dock donated to YSV. With the 18 boats on the water YSV could now practice for Hampton, Kecoughtan and Phoebus High Schools and Hampton Roads Academy. In October YSV hosted its first scrimmage regatta for the 14 teams of the Virginia Interscholastic Sailing Association (VISA).

Let us introduce our boats that allow sailors to enjoy Mill Creek on historic Fort Monroe.

YSV continues looking forward and is committed to improving and upgrading our fleet of 18 Club Flying Juniors. Today the FJ is the predominate class of boat sailed by high school and college sailing teams in the United States. High school sailing is a coed sport. The boats are sailed by a crew of two and spinnakers are not used. 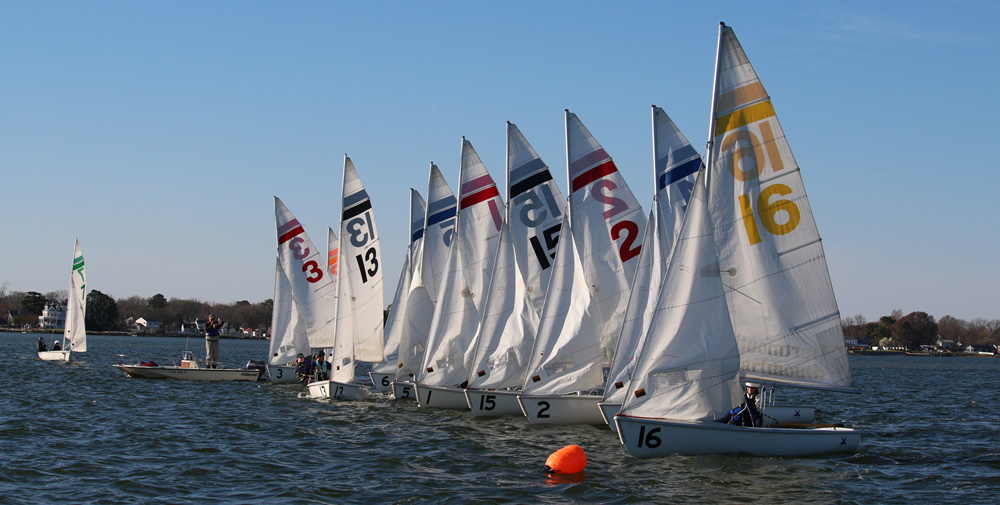 Youth Sailing Virginia’s mission is to develop a vibrant Youth Sailing Program that serves the greater Hampton Roads area and involves a broad spectrum of the community in both support and participation.